CHARLESTON, SC – November 8, 2002 – When will the gold coin be added to the exhibit? That is one of the most frequent questions visitors ask when they see the H.L. Hunley submarine, which is available for weekend tours at the Warren Lasch Conservation Center in Charleston, S.C. Now we have an answer. The legendary gold coin that saved the life of Lt. George Dixon, the Hunley commander, will be unveiled for the first time when it is added as a permanent part of the exhibit beginning on Saturday, November 16, 2002.

Warren Lasch, Chairman of Friends of the Hunley, made the long-awaited announcement Friday after months of delay required to address security concerns. “When touring the Hunley, the public will now be able to view the key elements that make up the amazing story that is the Hunley.” Lasch said. “The submarine itself is a technological marvel that symbolizes the incredible human ingenuity required to build it, to recover it and to conserve it. The Union ID tag represents the tragic side of war. And now we have the gold coin, which symbolizes a love story that touches the heart of anyone who gazes upon it.”
Lasch, and S.C. Senator Glenn McConnell, Chairman of the Hunley Commission, will hold a press conference next week to give the news media an opportunity to view and photograph the gold coin. Except for one brief appearance on NBC’s Today show last year, this coin has never been seen by anyone other than staff working on the Hunley project, making Lt. Dixon himself one of the last people to actually see the coin.

“Also at next week’s press conference, we will unveil exciting new artifacts that are currently being excavated. These are new discoveries that have not yet been announced to the public.” McConnell said.

The H.L. Hunley, the first submarine in history to sink an enemy ship, has been the subject of international attention since it was recovered from the ocean floor off Charleston Harbor in August of 2000. Lt. Dixon, who commanded the Hunley on its historic mission, was the center of an oral legend that emerged during the Civil War. The legend told the story of a gold coin Dixon was given as a good luck charm by his sweetheart when he left home to go to war. In 1862, during the Battle of Shiloh, Dixon was shot. According to legend, the bullet struck the gold coin in Dixon’s trousers and saved his life, leaving a deep impression on the coin’s surface.

In 2000, during the excavation of the H. L. Hunley, a $20 dollar gold piece minted in 1860 was discovered next to the remains of Lt. Dixon. It was deeply indented from the impact of a bullet and inscribed with the following words:

The H. L. Hunley was located in 1995 by Clive Cussler’s National Underwater Agency (NUMA), a 501c3 non-profit organization. The hand-cranked submarine was raised in 2000.

Scientists working to preserve the historic Hunley submarine may soon[...] 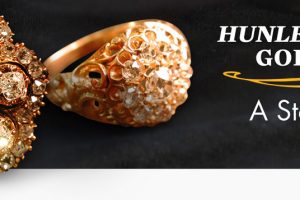