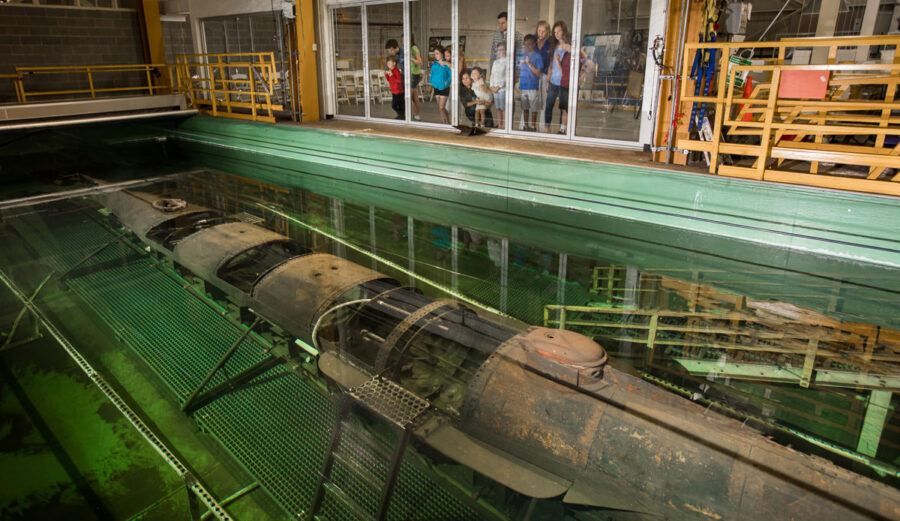 The Hunley attraction will fully reopen its doors this Father’s Day weekend on the one-year anniversary of partially reopening after having to shutdown due to the Pandemic.  The grand reopening will be marked with the launch of a new visitor experience that uses cutting edge digital animation, live footage and a light show to better tell the story of the Hunley through the centuries.

“We were able to greatly enhance our visitor experience while we had to keep our doors closed. This weekend’s full reopening has been a goal for us for the past year, and we are excited to let first-time and returning guests discover maritime history through our new sensory exhibits,” said Friends of the Hunley Executive Director Kellen Butler.

The Hunley and her 7,500 square feet of associated exhibits are in a working conservation laboratory.  This allows them to be open only on weekends with new permanent operating hours of Saturday 10am – 5pm and Sunday 10am – 3pm.   Pre-planned school and group tours are available during the week.

The group attributes their ability to survive the Pandemic and re-open their doors to a committed group of supporters. “We would not be able to fully reopen this weekend without our dedicated group of volunteers who work tirelessly in support of our mission and the family of donors who helped keep us afloat during the shutdown,” Butler said.

The Hunley Project (www.hunley.org) On the evening of February 17, 1864, the H. L. Hunley became the world’s first successful combat submarine by sinking the USS Housatonic. After signaling to shore the mission had been accomplished, the submarine and her crew of eight mysteriously vanished. Lost at sea for over a century, the Hunley was located in 1995 by Clive Cussler’s National Underwater and Marine Agency (NUMA). The innovative vessel was raised in 2000 and delivered to the Warren Lasch Conservation Center, where an international team of scientists are at work to conserve the submarine for future generations and piece together clues to solve the mystery of her disappearance. The final goal of the project is to support the creation of a maritime museum to house one of the nation’s most comprehensive naval collections and tell the fascinating story of America’s history at sea.  The Hunley Project is conducted through a partnership with the Charleston Naval Complex Redevelopment/Naval Base Museum Authority, Clemson University Restoration Institute, Friends of the Hunley, Naval History and Heritage Command, and South Carolina Hunley Commission. 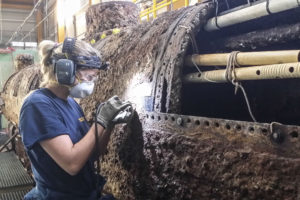