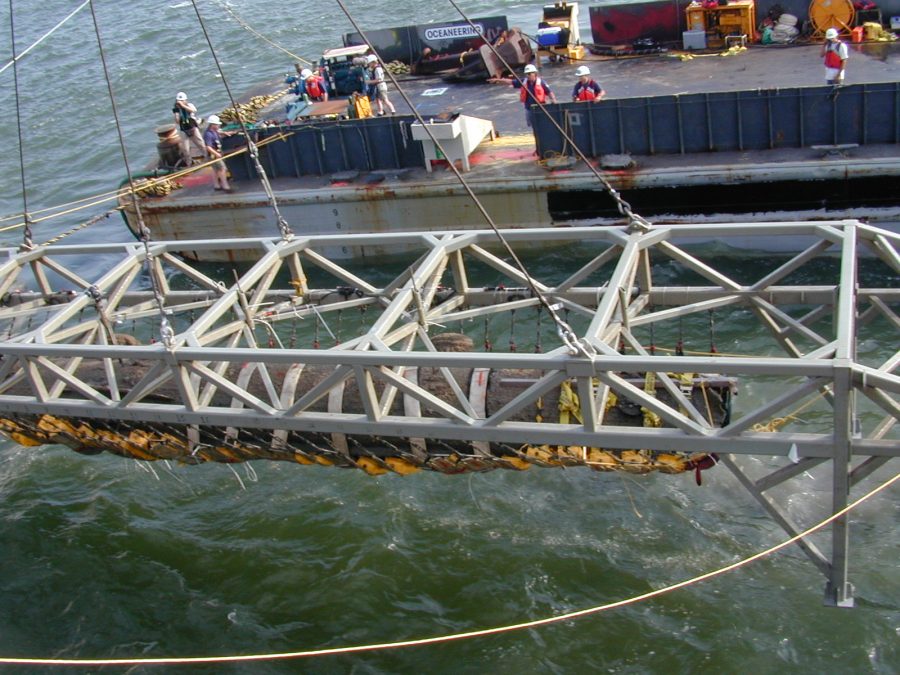 Though the Hunley’s journey began over a century ago, her modern-day voyage of scientific discovery started 18 years ago today. On August 8th, 2000 she was gently lifted from her ocean grave and delivered to the Warren Lasch Conservation Center for study, excavation and preservation. Since then, scientists working to save the legendry submarine have made fascinating discoveries and are inching closer to discovering what led to the Hunley and her crew’s loss.

Click here for a video that details how the recovery of the Hunley was accomplished with no damage to this unique maritime treasure:

The Hunley has always been shrouded in mystery.  In 1864, she became the world’s first successful combat submarine, but then she vanished.  For over a century, treasure hunters and history buffs searched in vain for the submarine.  In 1995, an expedition led by Clive Cussler’s National Underwater Maritime Agency (NUMA) finally located the lost submarine and her eight-man crew.

Bringing the Hunley back to land was a major engineering feat.  Then, after recovery, the Hunley’s scientific team faced the challenges of excavation and conservation.  Since then, the Project has compiled a long list of accomplishments and technological advancements.   A few of the highlights include:

Excavation:  The groundbreaking excavation of the Hunley’s crew compartment unearthed rare 19th century artifacts, including a gold coin that saved the life of the submarine’s Captain at the Battle of Shiloh in 1862.  The coin is curved from the indention of a bullet and inscribed with his initials along with the words “My Life Preserver.” 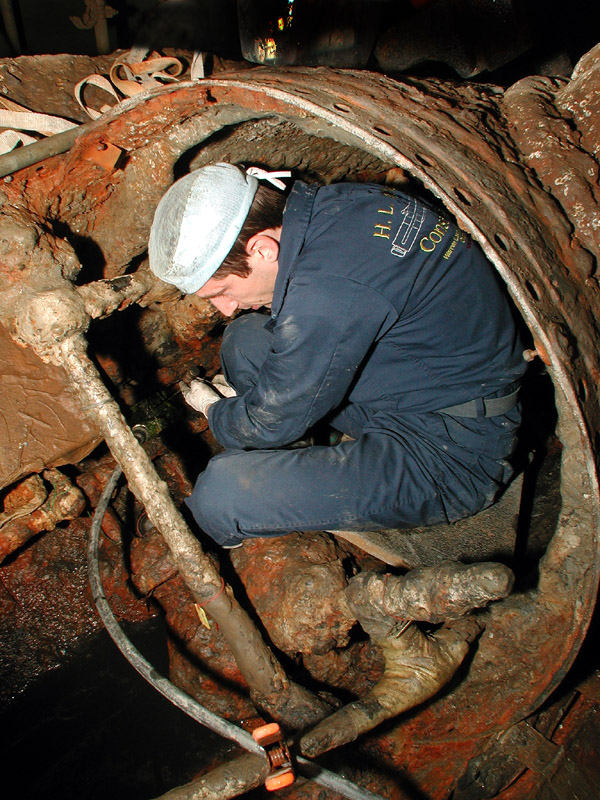 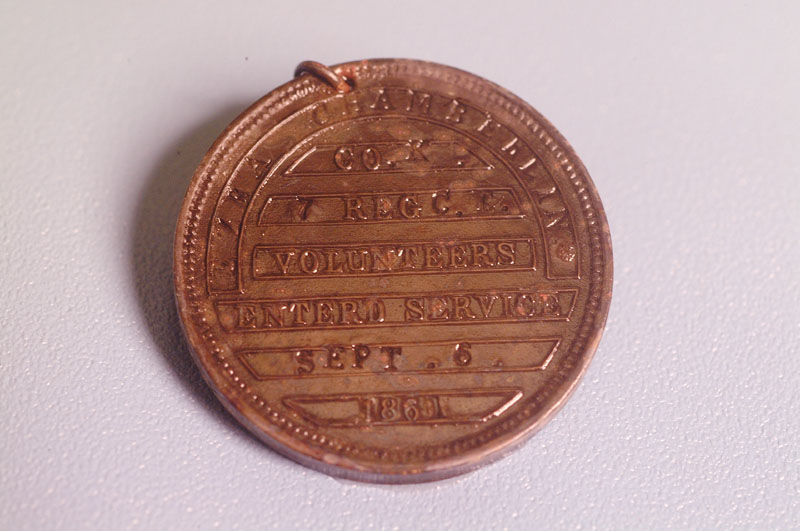 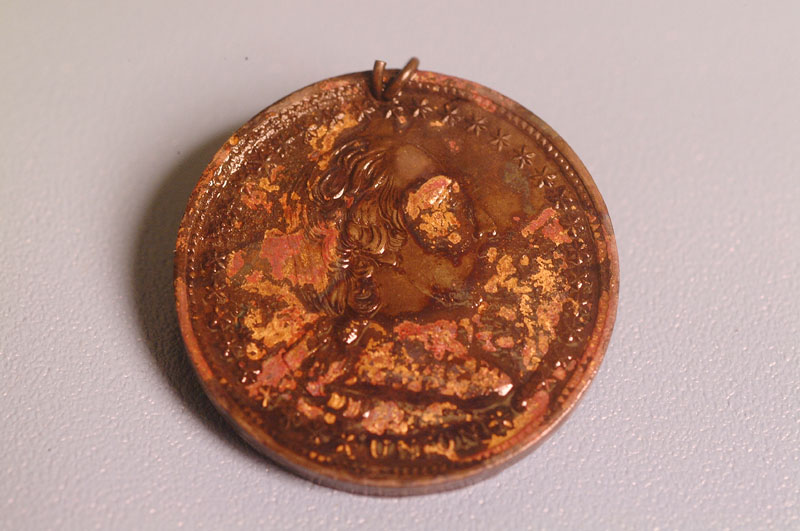 Crew Burial:  In 2004, the eight-man crew was buried alongside the other men who lost their lives during testing and development of the submarine.  Forensic and genealogical research to discover who they were has been highly successful, with a majority of the crew now identified.

Center of Excellence:  Clemson University’s Warren Lasch Conservation Center – built to house and preserve the Hunley – has become an internationally recognized center of excellence for underwater archaeology and conservation of marine artifacts where other important pieces of American history are being saved for future generations.

Solving the Mystery of the Hunley’s Disappearance:  Important forensic evidence and clues have been collected that will ultimately help answer questions about why and how the Hunley vanished.

New Technologies:  In collaboration with Clemson University, new technologies have been developed that will substantially reduce the time and cost needed to save other maritime treasures.

Tourism and Awareness for South Carolina:  With limited weekends-only tour hours, nearly 1 million visitors from all 50 states and over 20 countries have visited the former Charleston Naval Base to view the Hunley.  This number of visitors surpasses many established, full-time museums in the United States.

The Hunley has also been the subject of movies, documentaries and feature coverage on National Geographic, The History Channel, Discovery Network, The Today Show and dozens of other media outlets.  For a state where tourism represents a major portion of the economy, the international exposure has produced tremendous value for South Carolina.

This weekend the Civil War Sesquicentennial Celebration kicks off in[...]