(Charleston, SC) – Scientists trying to solve the mystery of the H. L. Hunley’s disappearance have stumbled onto yet another mystery. A view port on the left front side of the submarine is completely missing, possibly a catastrophic result of the Hunley’s historic battle with the Housatonic.

Some have speculated sailors on the Housatonic may have shot out the view port, causing the submarine to fill with water. That theory fails to explain why scientists have not found any of the view port’s glass inside the submarine. Mysteriously, they have also found no traces of the port itself. There is just a hole where it once was.

“This view port has always held the promise of being the smoking gun, but it appears the gun is missing,” Hunley Commission Chairman Sen. Glenn McConnell said. “Whether this is just damage the Hunley suffered from being lost at sea for more than a century, or it’s something else, is a question we hope to answer in the coming months. One clue may come when we take off the concretion on the conning tower. We’ll be looking closely for the indention of gunshots in that metal.”

Scientists recently made an important discovery that may support this theory while working to remove glass from the Hunley’s view ports: they found not all the windows of the Hunley are alike.

The deadlights running along the top of the submarine had covers that could be closed to block the glow of candle light from emitting through the glass. The conservation team says it appears the forward conning tower’s view ports did not have that capability.

The light shining from the forward conning tower’s view ports may have helped sailors aboard the Housatonic detect the Hunley’s presence. Historical records reveal the Hunley was spotted and fired upon moments before she deployed the explosive torpedo that sent the Housatonic to the bottom of the sea. Since the forward conning tower’s view ports could not be covered, those shooting at the Hunley may have used the illuminated view ports as their bull’s eye target.

The missing view port could have been a result of this gunfire. If the view port were successfully shot at, portions of the glass would have shattered, falling into the Hunley. At this time, no glass associated with this port has been found, but Hunley archaeologist James Hunter says it’s possible some glass could still be buried in the thick concretion covering the bottom of the submarine.

The lack of covers for the forward conning tower’s view port was not a design oversight, but rather a necessity. On the night of the Hunley’s historic mission, crew commander George Dixon placed his head in the forward conning tower and used the view ports to navigate toward his target. The ability to close the view ports simply was not needed because it would have been impossible to steer the submarine blind to the outside world.

Also, the conning tower is only about 15 inches wide, leaving little room for Dixon to quickly close and open the view ports while the submarine approached the enemy. “The Hunley was built to maximize her ability to travel smoothly and quickly beneath the water’s surface. The small conning towers contribute to the Hunley’s overall design as a hydrodynamic underwater weapon,” Hunter said.

Ultimately, scientists will use the clue of the missing view port, along with hundreds of others, to piece together the complex mystery of the Hunley’s disappearance.

Image of the Conning Tower Available Upon Request.

Friends of the Hunley
On the evening of February 17, 1864, the H. L. Hunley became the world�s first successful combat submarine by sinking the USS Housatonic. After signaling to shore the mission had been accomplished, the submarine and her crew of eight vanished.

The material included in this press release is based upon work assisted by a grant from the Department of the Interior, National Park Service and the Legacy Resource Management Program. 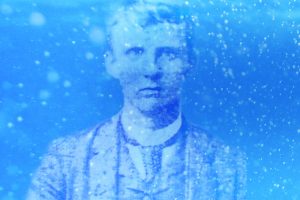